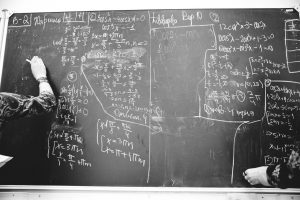 There are different ways and mean in which mean learn and they cannot be painted in one single brush. While some could use a single method of learning there could be others who could be using a combination of learning. As human civilization has evolved, the different ways of learning have also reduced. Hence it would be interesting to have a look at the seven learning styles which are the most commonly followed. There could be some sub levels within each but broadly these are the most commonly followed methods of learning. We have to understand the learning is a complex and complicated subject and each man or woman is unique when it comes to learning. Let us try and have a look at the seven most commonly used methods of learning without much ado.

Visual: This is one of the most commonly used methods of learning where images, pictures, colors, maps, drawing and other such forms of visual representations are used for learning.

Physical: This perhaps continues to be the most comprehensive and thorough means by which a person can learn. It is called as learning by doing and where people make use of the body to help in their learning process. It could include making use of physical objects, drawing diagrams or actually doing some role playing which could be a part of the overall physical learning methods.

Aural: There are many who use sound or aural voices to learn certain things in life. Music, singing, learning of language, rhyming and speaking are simple examples of aural learning. It is considered important when it comes to different ways of learning.

Verbal: When we talk about a verbal learner we are referring to somebody who believes in learning by using words. This could be both in writing and in speech and they could do so either on their own or with the help of professional assistance. They used different word based techniques such as reading content aloud, scripting and using other techniques.

Logical: Logical learning is what sets human beings apart from animals. They are able to use reasoning and logic as a means of learning. This applies for explaining as well as trying to understand various concepts. The main objective is not just related to learning something new but understanding the logic and reason behind such actions.

Social: Man is a social animal and therefore believes living in gregarious groups. When he is a part of such groups he picks up the habits and practices and learns them by watching others do so. Religion and rituals associated with it is perhaps one example of social learning.

Solitary: When we talk about the solitary learner we are referring to somebody who does not take any help but learns everything through his or her own solitary effort.